Where does the time go???

I have been producing in the studio.  Still on a pendant/badge reel kick … with the new kiln running twice a day.  And, my coffin is finally loaded with my ‘mosaics’ for slumping! 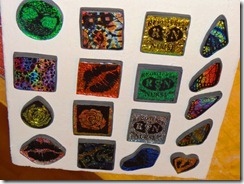 Garden update:  While romping with the [four-legged] kids tonight, DH caught a few pics of some of my flowers … my trumpet vine has about 10 blooms on it this year!  My chayotes are still growing, but I think we started them too late to do any producing this season … [Darn it!!]  My other veggies are doing well, though.  We’re starting to gather zucchini and yellow squash by the arm-loads.

And on a final note – Goodbye (for the season) to Swamp People … I look forward to chootin’ gators with you next year Troy, Liz, Bruce (and Tyler)!

← It’s the little things …
We interrupt this program … →