Having a clean studio ROCKS!!!

I have three kilns running and more projects planned.  What a productive week …

I worked on some jewelry, wrapping up a custom cab order.  Here’s a double dichro dragonfly pendant moving along (in the kiln now for a fire-polish) and a couple of penDot rings!

I have the coffin running with future spoon rests, sun-catchers, night lights, a tea-light holder or two … and FINALLY got my bird platter and coffee/wine coaster cooking! 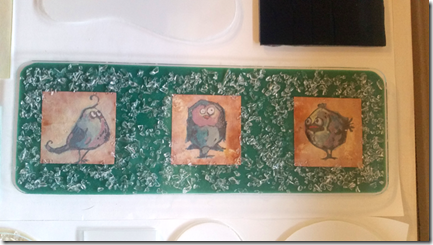 I also  have Jenny running with a couple of future sand-dollar bowls and other sun-catchers.  Yay!!!

Plus, I managed a little load of Christmas in June – getting a head start on restocking ornaments.  I love how the red iridescent Santa hats play in the light:

And, finally – as the insomnia has returned … I was able to catch a glimpse of this trespasser meandering through the front yard early this morning (~630AM): 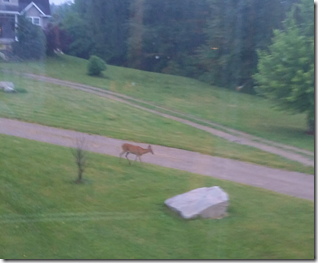 Next up, a few freeze-N-fuse projects , a couple of crackle ideas, a bit of screen-printing … Oh, yeah – and some POOL-TIME!!!